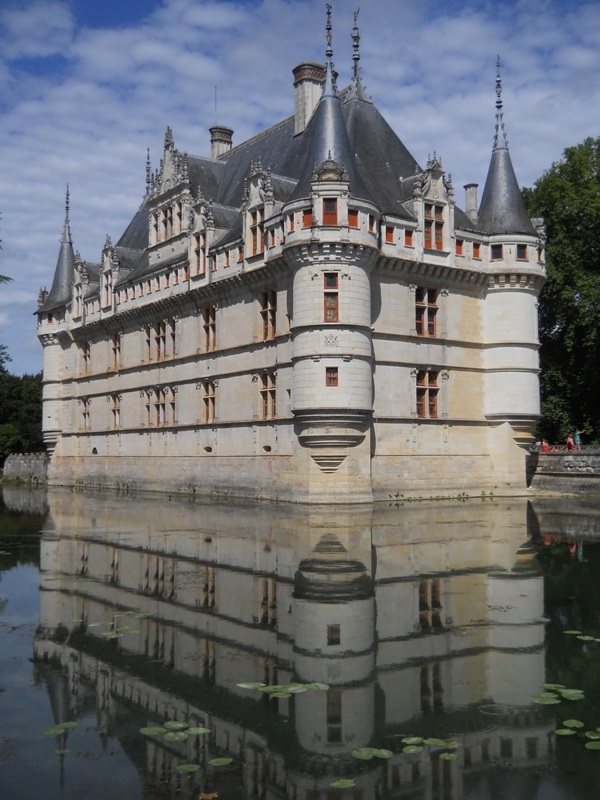 The castle of Azay-le-Rideau

Famous Renaissance castle built on an island in the Loire tributary Indre. Azay-Le-Rideau was built by Gilles Berthelot (Treasurer of François I) between 1518 and 1527.

Suspected of embezzlement by King François I, Gilles Berthelot was forced to flee from Azay-Le-Rideau, leaving the castle uncompleted behind him forever. He died a few years later whereas he was still in exile.

The youthful Dauphin Charles (next King Charles VII) coming from Chinon on horseback for Tours in 1417, was ridding along the walled castle when he was insulted by Burgundian guardsmen. The young Dauphin Charles attacked. The castle burnt down, 350 soldiers were dead, the town was then named Azay-le-Brûlé (Burnt) up to the 18th century.