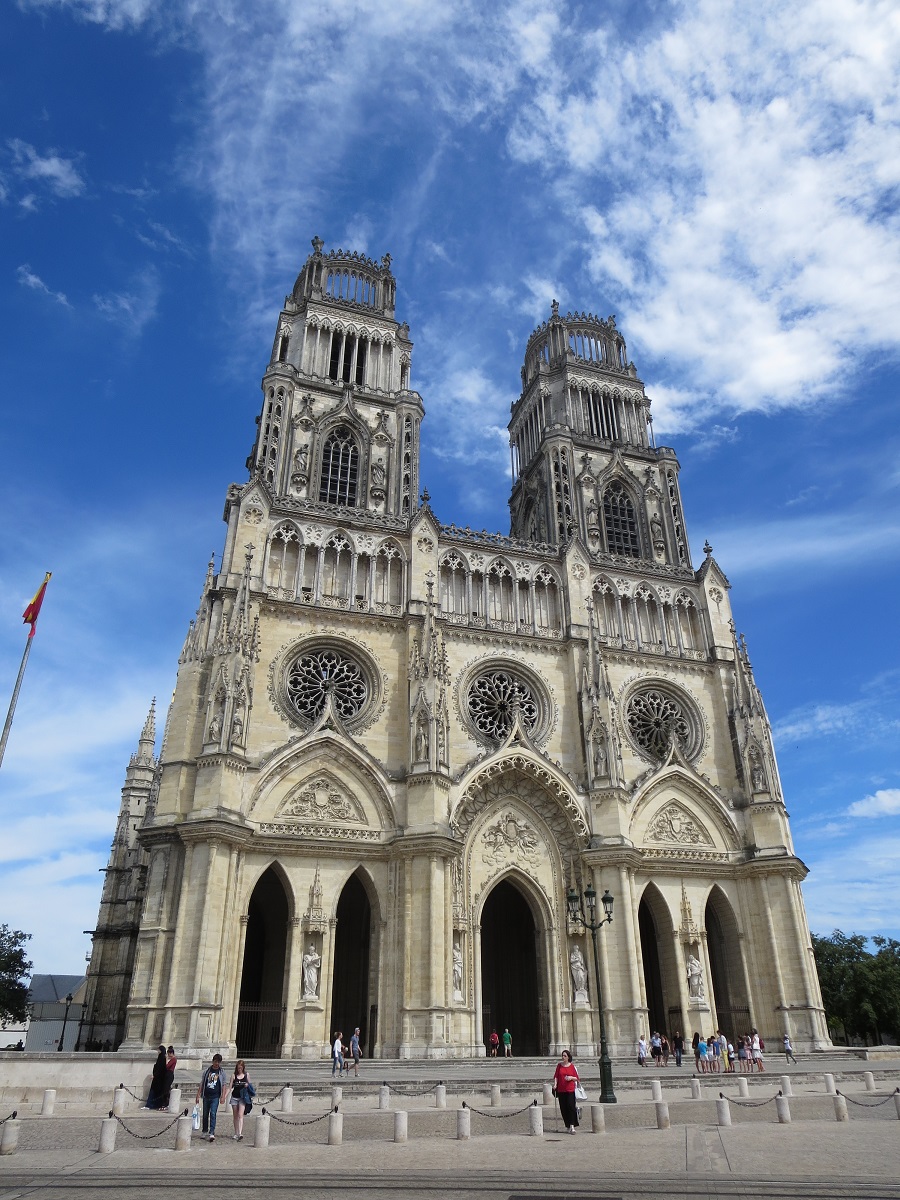 Joan of Arc arrived in Orleans on 29th April 1429. Though an English arrow wounded her, she pursued the battle against the English and Orleans was liberated on 8th Mai 1429.

Orleans hosts a festival (Les Fêtes de Jeanne d'Arc), which is held in early May to commemorate the setting free of Orleans.

The previous edifice was entirely destroyed during the Wars of Religion. Its reconstruction was late decided by Henri IV in April 1601.

Come in the Cathedral and you will discover a few beautiful stained-glass windows which offer a part of Joan of Arc's epic.