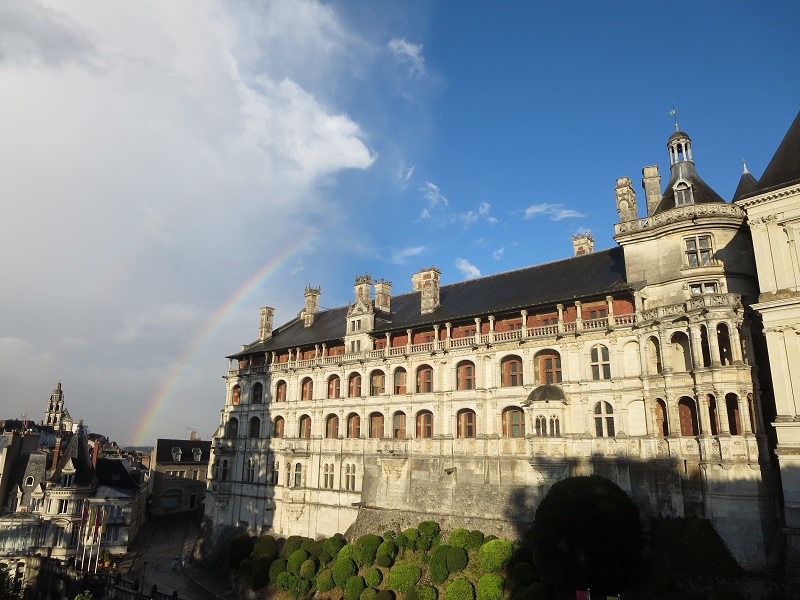 the facade of the loggias

Chambord was not the only castle built for François I. Blois castle also has a wing named François I. It was built ca. 1515. The Italian architecture style influence over this era is noticeable. The roofs are covered with slates, the chimneys made of bricks are sumptuously decorated, a lengthy gallery along with several loggie can be admired. No doubt that they were more suitable to the 16th-century mild Italian climate than to the severe French climate. 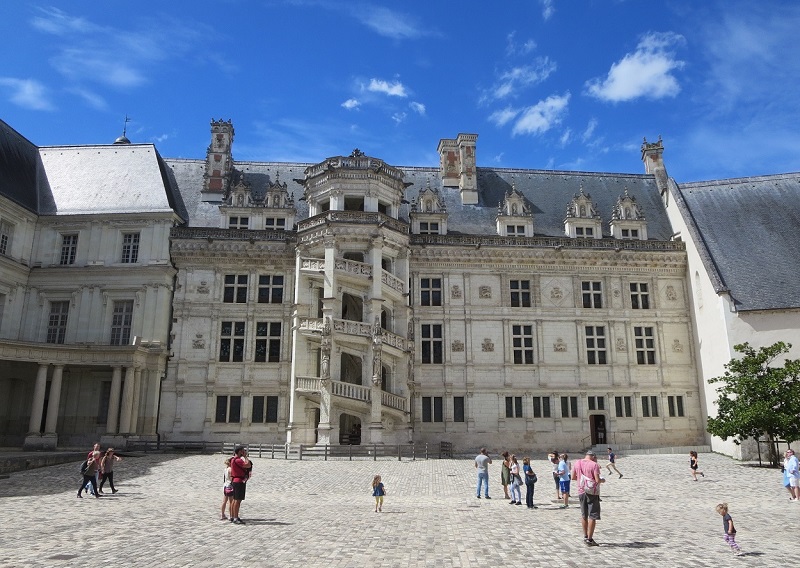 the facade and the staircase

Blois History is rather bloody. Henri III murdered here the Duke Henri de Guise on 23rd December 1588. Catherine de Medici died in the castle a few days later. However, Blois was not only the scene of bloody France History. The famous poet Pierre de Ronsard met first Cassandre when attending a ball in the castle. 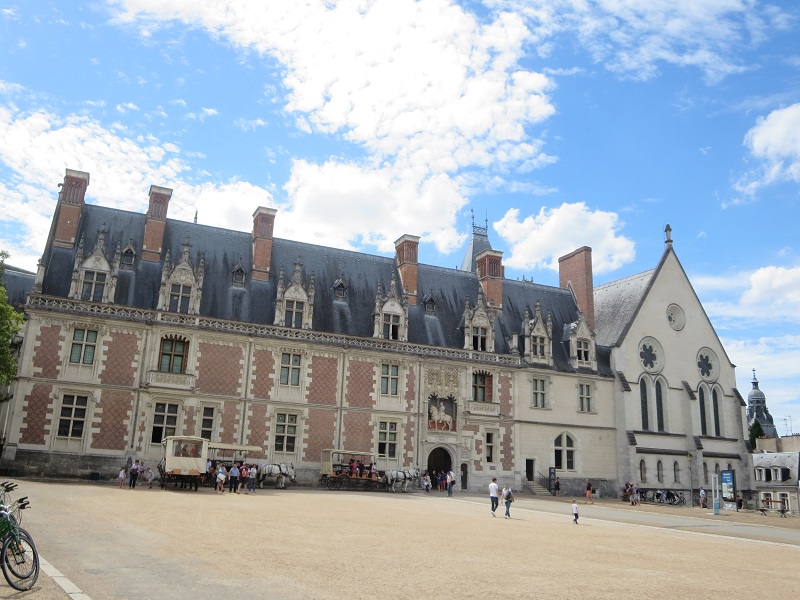 Louis XII was born in Blois. He decided to live here with his court in 1498. Blois became then the capital of the Kingdom for a few years.